This is a summary of the latest developments in Jihad terrorism-related cases in Germany. As I was very busy in recent weeks I could not update my blog and therefore think it is necessary to provide a little overview for those of you who are interested in German Jihadi News. 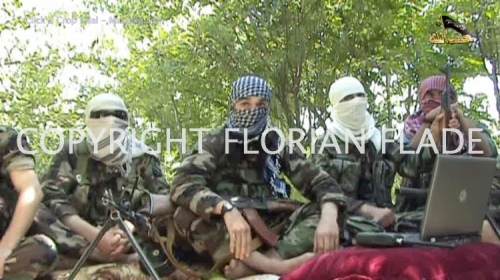 Turgay C. had just left his Cologne apartment, when police approached the 28 year-old German national of Turkish origin, arresting him on the spot Monday morning, February 21. It is not known if Turgay knew at that moment his younger brother, Ömer C., had also been detained by German police. Ömer was hospitalized in Essen´s University Hospital, some 75 kilometers north of Cologne, when he was arrested.

Since February 18, police were in possession of two arrest warrants fo the brothers who are now accused of financially supporting terrorism. Ömer C. and Turgay C. are suspected of being members of a Jihadi supporters network, reaching from France to the Netherlands and Germany. The group, German intelligence learned, was collecting donations from Jihad supporters in Europe and sending it to the Pakistan-based „Islamic Movement Uzbekistan“ (IMU).

Investigation by German authorities showed the C.-Brothers were recruited by a man named Irfan D., a French-Dutch national of Turkish descent, who had lived in France and is suspected of being involved in supporting IMU since the 1990s. D. is said to be closely linked with people living in the Cologne region of Western Germany, associated of the self proclaimed „Calliph of Cologne“, Mettin Kaplan. One of the now arrested Islamists is a son-in-law of Kaplan, who was arrested in 2004 and extradited to Turkey on charges of plotting to overthrow the Turkish government in a terror coup. In Turkey he was sentenced to life in prison for treason.

German prosecution is now preparing to charge Turgay C.. The charges are support of terrorist activities abroad. Turgay C., investigators claim, had sent 39,000 EUROs to Pakistan to support IMU. Phone-calls and e-mails he received from the terror group ordered him to transfer the donations, which police believe came from several supporters living in Germany. According to my information, German investigators are convinced the support for IMU is not one based on single individuals but on a whole network collecting large sums not only in Germany but several European countries.

Turgay´s brother Ömer C. has been to a Jihadi training camp in Waziristan. He traveled to Pakistan in September 2009 and returned almost exactly one year later. What made him return to Germany was an injury he got while fighting the Pakistani military in the tribal areas. 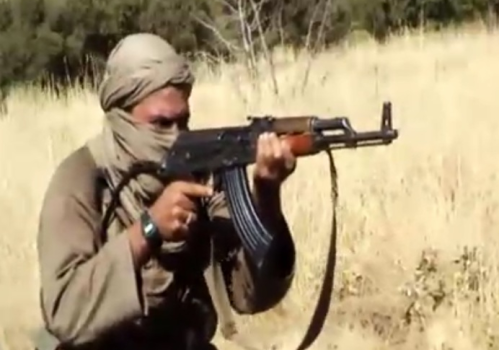 German TV HR was reporting last week, a convicted Jihadi terrorist, Adnan V., was able to obtain a license to legally buy firearms in Germany – and so he did. Adnan V., who was arrested in October 2009 after authorities learned he had recruited people over the Internet from to join Jihad and he himself had built explosive devices in his apartment in Offenbach. In 2008 V. bought two rifles and a handgun and regularly attended a local shooting range for practice.

The local administration was unaware of Adnan V.´s Islamist background, police said after HR reported the story. Obtaining the weapon´s license was perfectly legal back then – V. had passed all the necessary tests and had no crime record.

As I reported two weeks ago, German police raided numerous sights in the city of Frankfurt on February 22, as part of an investigation into a possible Jihadi recruitment network led by a prominent Salafi preacher from Morocco. Though it was kind of surprising such a famous cleric like Sheikh Abdullatif (who is part of a Youtube-Preacher generation and part of the „Die Wahre Religion“ missionary movement) would be involved in terror recruiting, the most surprising fact is the arrest of another person in the Frankfurt raid.

In the police´s press release to the media it only read several men of Eritrean, German, Moroccan and Afghan nationality were being investigated and their property have been searched. The Afghan man it turns out, is Haddid N. For those not following this blog that often: Haddid N., born to Afghan parents, is the Frankfurt University student who was detained by US forces in Kabul (Afghanistan) back in January and then released after the news was spread by German media and German politicians intervened.

N.´s sister had told a German newspaper she suspected German officials of having given information about Haddid´s whereabouts to the Americans. Haddid N. was arrested in his father´s house in Kabul only a few days after German police had visited the sister and asked about why her brother had traveled to Afghanistan after originally vacationing in Dubai.

German counter-terrorism had investigated Haddid because it was suspected he harbors the desire of traveling to Pakistan and join a terror group for Jihad. By summer 2010 police stopped the observation and where then alarmed when Haddid and a friend traveled to the Middle East. Haddid´s friend had then returned to Germany but the Frankfurt student instead decided to take a flight to Afghanistan.

As it seems now, police still following possible links between Haddid N. and terror-related activities. Police questioned Sheikh Abdullatif but did not arrest anybody else.

The Frankfurt-based Salafi missionary group „DawaFFM“ meanwhile released a video statement, highlighting the action of the police in last week´s raid and calling the whole accusation a „war against Islam“. 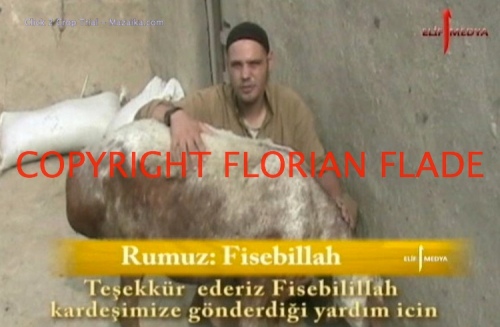 In Berlin the trial against supporters of the „Deutsche Taliban Mujahidin“ (DTM) group is going on with a new suspect charged. Filiz Gelowicz (wife of convicted Sauerland Terrorist Fritz Gelowicz), and Alican T. are standing on trial since November 4 2010, accused of sending money to Waziristan and thereby financing a terrorist group.

Fatih K., the new defendant appeared in front of the court for the first time last Friday, spotting shoulder-long hair. K. was hunted by German police since August 2010 but was able to escape the surveillance and flee to Turkey where he was hiding near the Syrian border till local authorities arrested him in September 2010.

At the start of his trial in Berlin, Fatih K. confessed having sent money to DTM in Pakistan, communicating with the leaders of the group, mainly German-born Turkish national Ahmet M. („Salahuddin Turki“). M., who was killed in a gunbattle with Pakistani troops in Waziristan in April 2010, was also in touch with Filiz Gelowicz, sending her e-mails almost every day, telling her to raise money and produce videos to attract donations.

Filiz Gelowicz, arrested in February 2010, has confessed the charges back in December. She managed the German-speaking Online Jihad in 2008 and 2009, and admitted of having been online for almost 24 hours a day, posting messages, statements and videos on the Ansar Forum´s German section. Under the anonymous „fisebilillah“ she informed other forum members of the situation in Waziristan, translated postings by the Turkish Jihadi militants in Pakistan and also called for violent Jihad, writing about „slaughtering the dirty kuffar“. More than a 1.000 entries were posted by Gelowicz, including Jihadi videos.

From November 2009 to February 2010 Filiz Gelowicz, Alican T. and Fatih K. sent 4300 EUROs to the Jihadi militants of DTM residing in Waziristan. The money was transfered via Western Union accounts in Turkey. „Of course I knew it was used to buy weapons“, Filiz Gelowicz said in court. In addition, other material, food items and books, were sent to Pakistan by „Mrs.Jihad“.

The German Taliban Mujaheddin did thank Filiz Gelowicz in at least two propaganda videos for the money, her comittment and effort. „Thank you to fisebillah“ and „Thank you Abu Kaka“ – the texts in the video read. „fisebillah“ was Gelowicz´s Online username, „Abu Kaka“ was choosen by Fatih K..

Mrs.Gelowiczs was found guilty on March 9 and sentenced to two-and-a-half years in prison. In her last statement in front of the judge, Filiz Gelowicz claimed she feels sorry for what she did. Islam was a religion of peace, not of war and hate, Gelowicz said, „I have done harm to my religion.“

The terrorist wife was allowed to leave prison until her prison term starts. Until then „Mrs.Jihad“ is a free person.

Kevin The Wannabe-Jihadi On Trial 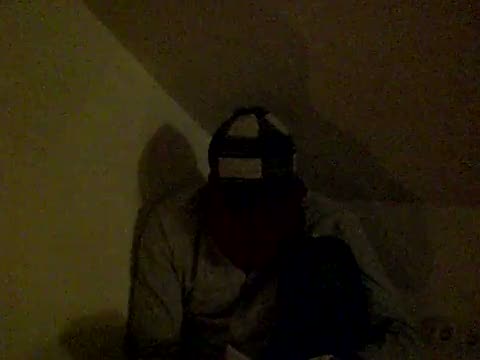 Last November, Kevin S. appeared in a amateurish home made video threatening terror attacks in Germany and demanding the release of convicted terrorist Daniel Schneider („Sauerland-Zelle“). On Friday, the 19 year-old Muslim convert of Cameroonian origin appeared in a courtroom in Saarbrücken to face charges.

S. converted to Islam and rapidly radicalized in his political and religious mindset. He admired fellow convert Daniel Schneider, whom he had met personally before the Sauerland Zelle´s arrest in September 2007, and wanted the Pakistan-trained terrorist to be released from prison.

In the beginning he wanted to travel to Afghanistan to fight Jihad, Kevin S. told in courtroom last week, but he lacked money. So he decided to wage Jihad in Germany by building home-made explosive devices.

While attending the mosque he met a man who he befriended with. Both Islamists plotted to build the bombs with the help of manuals which they downloaded from the Internet. According to Kevin S., it was this other person who convinced him to shoot the threat videos which were then posted onto Youtube. „More than 10 Mujahidin are ready strike“, Kevin S. said in one of the tapes, „if brother Daniel Schneider is not released.“

On November 19 2010 police stepped in and arrested Kevin S.. Since summer of 2010 they had monitored the terror suspect and read his e-mails. Authorities knew of Kevin´s intention to wage Jihad.

As it becomes known now through his testimony in court, Kevin is accusing the police of placing a „V-Mann“, a undercover agent posing as a Islamist to drive him into extremism and then arrest him. S. claims the idea of recording the terror threats on camera came were those of his friend, who was working as a police informant. For sure it will be interesting to see how the police will explain this mysterious „friend“ – he also appeared in one of the videos threatening attacks against Germany. Was this all part of a police investigation?

On March 4, Kevin S. was found guilty. His sentence is 16 months in prison.

This site uses Akismet to reduce spam. Learn how your comment data is processed.