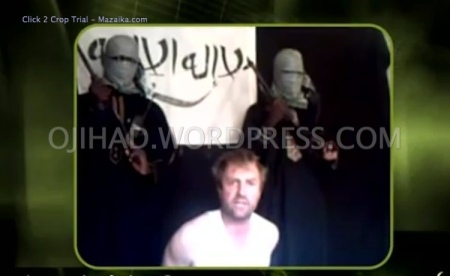 END_OF_DOCUMENT_TOKEN_TO_BE_REPLACED

When she appeared in the courtroom, Filiz G. seemed to repent and regret some of her activities that led to her arrest in February 2010. The 29-year old German-Turkish woman was charged with providing material and financial support to a terrorist organization. G. had collected money in Germany and transferred it via Turkey to the terrorist group „Deutsche Taliban Mujahideen“ (DTM).

Soon after her arrest it became known that Filiz G., wife of imprisoned Sauerland-Bomber Fritz G., was in fact the main moderator of the German language Ansar al-Jihad Forum – acting under the cover name of „fisebillah“. She had posted thousands of statements, comments and provided download links to propaganda videos as well as translated statements by the DTM. On a daily basis she was online and in steady contact with DTM´s media official, German-born Ahmet M., who was killed in Pakistan in April 2010. M. had made contact with Filiz G. and convinced her to play a key role in spreading propaganda coming from Waziristan.

In March Filiz G. was sentenced to two years and six months in prison by a Berlin court. During the court hearings she acknowledged that her activities were wrong and that she does not believe in violent Jihad anymore. Most of her fans and supporters, some of whom even witnessed the trial in court, are praising G.´s activities, labeling her a „noble Mujahida“ and calling for her release.

A few weeks ago „Mrs.Jihad“ Filiz G. was mentioned in an Arabic language statement posted on the internet by the „Global Islamic Media Front“ (GIMF), a German-Austrian propaganda organization which translated numerous Al-Qaida videos and documents over the past years. GIMF was mainly operated by a 24 year-old Islamist named Mohamed M. aka „Abu Usama al-Gharib“ from Vienna, who was sentenced to four years in prison in 2009 for spreading Jihadi propaganda and producing terror threats himself by appearing in a homemade video.

It was „Abu Usama al-Gharib“ who wrote the GIMF document naming Filiz G. as a victim of torture. According to the author Filiz G. was abused and tortured in prison several times.

„The kuffar presented their real face, they attacked and abused her body“, al-Gharib writes, „they insulted her and her faith (…) the prison administration did not allow her to wear the hijab anymore. She was forced to wear tight jeans and tight shirts.“

Allegedly the German prison guards attacked Filiz G. shortly after court had sent her to jail. The guards pushed her against the wall, touched her body, prisoner „Abu Usama al-Gharib“ states, „with their dirty and filthy hands“.

Even water to wash for the prayer was not given to G., the statement by al-Gharib claims. Filiz G. allegedly wrote in a letter: „If I would tell you what happened to me: your hearts would break into pieces, your bones would depart from your flesh…the pain of their beatings was easier to handle than their insulting, violation of the honor, pride and faith.“

„Abu Usama al-Gharib“ then continues to call the Muslims to the duty of defending their sister Filiz G. against the kuffar attacks. „Where are we?“, he asks, „It is not our sister who is imprisoned, it is us caught in this dunya (worldly presence).“

Meanwhile the statement by al-Gharib has spread in German Jihadi community and was distributed via Facebook and dozens of websites. In the Arabic original statement the imprisoned Austrian Jihadi activist Mohamed M. („Abu Usama“) also calls for attacks against Germany and German politicians. These threats were deleted in the German translation of the document.

Question remains how Mohamed M. was able to obtain the alleged information from Filiz G. and if the two had been in contact prior to their imprisonment. Also noteworthy is the fact that M. is obviously able to get his messages out of his prison cell in Vienna.

Filiz G. distanced herself from the terror threats and accusation against German prison staff. She was never limited in performing prayer or living according to her religion, G.´s lawyer said.