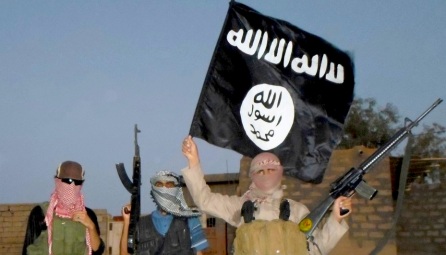 When we seek martyrdom, we go to heaven.

No, don’t say we’re young. This life has made us old.

Without Palestine, what are our lives worth? Even if they give us the whole world, we will never forget her (Palestine)?  –

These are the lyrics of a kid´s song, produced by a Bahrain-based TV channel and meant to recruit children to the cause of fighting for the liberation of Palestine by sacrificing themselves. The production record is called „Tiyur al-Jannah“ – Birds of Paradise.

The term „Birds of Paradise“ refers to the Islamic belief, that a child that dies prior to reaching the age of puberty (becoming an adult member of society), will enter paradise as a martyr straight away and turn into a bird of heaven singing for the adult martyrs.

In Iraq, the terror group al-Qaeda in Mesopotamia, used „Birds of Paradise“ (sometimes described as „Youth of Heaven“ or „Paradise Boys“) as a name for a special unit of suicide bombers age 10 to 16. The newly released nearly 400,000 WikiLeaks Iraq-War documents show, U.S. forces were concerned about the increase in the use of children as potential terrorists.

By late 2008, early 2009, Iraqi and American forces had discovered several safe houses used by al-Qaeda to train and harbour young teenage boys, training them on weapons, explosives and brainwashing them.
The children are sent out by their al-Qaeda commanders to attack coalition forces with hand grenades, RPGs or suicide vests, sometimes telling them to deliver a bag to a group of soldiers and then remotely detonating the device, while it is still in the child´s hand.

In Kirkuk, Iraqi forces detained four children in April 2009, suspected of being part of a „Birds of Paradise“ cell. “Special forces units have arrested an organisation of children consisting of four individuals under the age of 14 who call themselves the ‚Birds of Paradise‘,” said General Abdelamir al-Zaidi, the commander of the Iraqi army division in Kirkuk. “The group relies on children and is connected to al-Qaeda. It works to recruit children and young people to carry out suicide attacks and to aid the terrorist groups in detonating roadside bombs.”

Five propaganda videos produced by al-Qaeda in Iraq, were discovered by U.S. forces during a raid in Diyala Province in December 2007, showing young boys, some about 11 years old and younger, wearing masks and holding guns. The child-militants are seen conducting searches and kidnappings as part of their training.

The newly released secret Iraq War documents, covering events from 2004-2009, indicate incidents involving al-Qaeda child-terrorists happened throughout 2008 and 2009, hinting to an increasing use of underage Iraqis in attacks on coalition and Iraqi security forces.

One U.S. Military Log created October 04th 2008 describes a raid near Samarra, where two individuals suspected of belonging to al-Qaeda´s „Birds of Paradise“, where arrested.

The two individuals detained have been reported as members of an organization known as Birds of Paradise. This group recruits youth between the ages of -___ in the city to conduct SAF, Grenade, and IED attacks on CF in ___. Reporting states ___ is the leader of this cell and ___ is believed to be a driver and liaison between other AQI/ISI cells

On the same day, U.S. forces were attacked by a boy, throwing a hand grenade at them in the same area south of Samarra. Again, „Birds of Paradise“ were believed to be involved:

___. The grenade was thrown from the west. A/___ BSB was not able to positively identify the ___ and did not return fire. A/___ BSB continued mission with no injuries or damage to equipment.

S2 ASSESSMENT: This is the second grenade attack this month on CF. It is also likely that the UE was a child from the Birds of Paradise cell. IIR ___ claims these children are being trained to conduct grenade attacks against CF.

In November 2008, U.S. forces detained two suspected insurgents West of Ar-Rutba, near Jordan Junction. They were suspected of being part of a cell that carried out a suicide bombing against coalition forces with a young man wearing an explosive vest:

Both suspects were detained for suspected involvement in an SVEST attack in ___ (reference: Sig Event 150430C SEP ___) and possible affiliation with the BIRDS OF PARADISE insurgent group.

Update # -___-The two individuals detained are suspected ___ insurgents associated with the group Youth of Paradise and believed to be involved with a ___ Sep SVEST detonation in ___. The initial detention date and time is unknown; once their affiliation was discovered, coordination was made with ___ by / ___ to transfer custody to CF.

The suspected leader of al-Qaeda child-unit, Bassim Abu Khalil al-Mujahid, was arrested in the Balad district, north of Baghdad, in April 2009. Lt.Col. Abdullah Ali, police chief in Salah ad-Din Province said: „The Birds of Paradise group was directly responsible for recruiting children under 15, brainwashing them, and convincing them to carry out suicide operations — or even deceiving them by placing explosives around their bodies, sending them to markets, and then blowing them up using a remote control.“

But even with its leader in custody, the „Birds of Paradise“ were still active, as the WikiLeaks documents show.

On May 12th 2009, Iraqi security forces came under attack by a teenage suicide bomber near Kirkuk, resulting in five Iraqi policemen being killed, five policemen and 11 civilians wounded. In the WikiLeaks document, U.S. military assesses the suicide attacker was probably part of the al-Qaeda child-unit:

UPDATE : /-___ reports that the VBIED was command detonated. The driver was a young teenage boy approximately ___ years of age. The driver swerved and slammed in to ___ element while they were conducting shift change over.
…

However, it is assessed that this attack ___ be ___ and AQI/ISI working to discredit IPs and their ability to maintain security within Kirkuk City. While ___ is not known for conducting VBIED attacks they have been known to facilitate VBIED attacks through various other ___ groups allowing them plausible ___. In recent weeks, there has also been increase reporting of an AQI sub-group which called themselves the Bird of Paradise. The most recent report stated that on or about 02MAY09, ___ SVEST bombers ranging from ___ to ___ years old were transported from Baghdad to Kirkuk to increase ___ and ___ Tensions .

A young boy brought an mortar round to a U.S. military unit south-west of Baqubah on May 13th 2009. Eventhough the device did not explode, the assessment of the U.S. forces was clearly an alert for increase in the activities of al-Qaeda´s child soldiers:

RECENT REPORTS SUGGEST A RESURGENCE IN THE PARADISE BOYS, AN AQI SUBSIDIARY GEARED AT RECRUITING CHILDREN AND USING THEM IN ATTACKS, WITHIN THE ___ OE. IN MOST INSTANCES THE CHILDREN ARE UNAWARE THAT THEY ARE THE COURIERS OF EXPLOSIVE DEVICES, AND PARADISE BOYS‚ LEADERSHIP EITHER INSTRUCT THE CHILDREN TO ___ A SEEMINGLY INSIGNIFICANT ITEM NEAR A SPECIFIC SITE, OR THEY REMOTE DETONATE THE DEVICE WHILE IT IS STILL IN THE CHILD’___ POSSESSION. CHILDREN ARE COERCED INTO THE ORGANIZATION BY THE LURE OF MONEY OR PRESENTS AND A SENSE OF BELONGING. -___ INF HUMINT COLLECTORS HAVE RECEIVED MULTIPLE REPORTS THAT PARADISE BOYS ELEMENTS ARE MEETING REGULARLY AT A MOSQUE IN FIFTY ___, AND THIS, COUPLED WITH THE FACT THAT IT WAS A CHILD WHO DELIVERED THE ROUND TO IPS MAY INDICATE THAT THE ORGANIZATION IS IN THE EARLY STAGES OF PLANNING FOR AN OPERATIONAL PHASE WITHIN ___ WEEKS.

Iraqi security forces found a weapons cache Northwest of Baghdad on May 29th 2009, containing among arms and grenades also a suicide vest and explosives – again the al-Qaeda children unit was suspected:

S2 ASSESSMENT: THIS WEAPONS CACHE WAS INTENDED TO DISRUPT IA PATROLS AND TO SCARE THE LOCALS INTO LOSING ___ IA. THIS WEAPONS CACHE IS ASSESSED TO BELONGING TO THE PARADISE BOYS GROUP, WHO IS TRAINING THE CHILDREN TO CONDUCT THE SUICIDE ATTACKS.

When a U.S. military convoy was attacked with an RPG-round North of Baghdad on August 3th 2009, the soldiers involved started a hunt for two teenage boys who had fled the scene of the attack:

S2 ASSESSMENT: THIS IS THE FIRST -___ ATTACK IN ___ OE IN OVER ___ YEAR. ___ MP COMPANY REPORTED SEEING 2X MALES, APPROXIMATELY ___ YEARS OLD, CONDUCT THE ATTACK ON THEIR PATROL. REPORT DIIR—–___ DATED ___ IDENTIFIES A GROUP CALLED BIRDS OF PARADISE OPERATING IN THE ___ AREA AND CONSISTING OF TEENAGE MALES BETWEEN ___ AND ___ YEARS OLD. IT IS ASSESSED THAT THIS GROUP IS RESPONSIBLE FOR THE ATTACK.