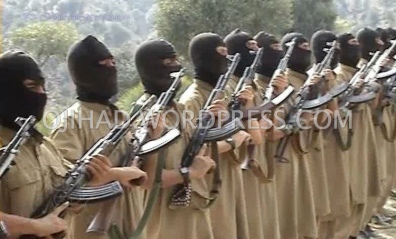 Germany, November 2010. A call from Waziristan set German security officials on high alert. Al-Qaida has set sights on Germany, the caller claimed, a terrorist cell of Moroccan nationals is already in the country planning terror attacks. The caller was a German Jihadist who had traveled to Pakistan´s tribal region in early 2010. He had joined Al-Qaida but after a US drone strike had killed his younger brother he was fed up with Jihad. He was eager to leave Al-Qaida and therefore asked German officials to help him – with money and flight tickets to Turkey. In return he offered inside information about an alleged Al-Qaida plot to target Germany.

German officials were discussing the threat. In the end no deal was made. No more calls were coming from the Jihadi defector. Nevertheless Germany´s Ministry of Interior gave out a nationwide terror alert. Police was intensively patrolling at airports, train stations and at the German parliament. In the background intelligence agencies were now on the hunt for the „Moroccan Al-Qaida Cell“ operating in Germany. Who could be a possible Al-Qaida sleeper? Which person had been trained in Waziristan and returned to Germany?

Dozens of potential Jihadi terrorists were checked. By December 2010 German counter-terrorism officials came across one man they believed could be Al-Qaida´s man for the job – Abdeladim El-K.. The Moroccan national had been to the Al-Qaida training camp „Badr“ in early 2010 and then returned to Germany living a secret life. El-K. was an illegal resident by then. His behavior led intelligence analyst to believe he could be planning for something.

The federal police (Bundeskriminalamt) formed a special unit named „Komet“ and started observation on El-K. and two other men in the Düsseldorf region of Northrhine-Westphalia. Over the course of a few months it became clear that the Moroccan was in contact with high-ranking Al-Qaida figure Sheikh Atiyyatullah and had formed a cell in West Germany. He recruited Jamil S. and Amid C. and step-by-step went forward with a plan to build a bomb. Security officials now called them the „Düsseldorf Cell“.

In April 2011 police decided to strike on El-K. and his comrades. All three men were arrested in various raids. A fourth member of the „Düsseldorf Cell“, Halil S., was arrested in December 2011 after months of surveillance. After El-K. and the others were arrested, Halil S. wanted to continue with the deadly plan to carry out a bomb attack in Germany.

Now the „Düsseldorf Cell“ is on trial. Loads of details are made public including information on what the possible target of the terrorist attack could have been. The chief of the federal police´s „Komet“-Unit testified in court. He talked about documents and possible target lists found in the cell´s flat. One of the papers, a notebook, belonged to El-K..

There were several names written on the target list including „Markus Lense“ and „Ingo Appell“. Both are TV celebrities in Germany. Markus Lanz is probably the most popular talk-show anchorman in the country soon to be presenting Germany´s prime time entertainment show „Wetten dass…?“.

Why would the Al-Qaida terrorists want to kill Markus Lanz? One possible reason: Lanz interviewed Kurt Westergaart, the Danish cartoonist who had drawn some of the controversial Mohammed Cartoons which triggered international protest by Muslims in numerous countries back in 2005.

Ingo Appelt is a famous German comedian known for his harsh and sometimes very insulting humor. Also on El-K.´s target list was Hans-Christoph Ammon, the former Chief of the „Kommando Spezialkräfte“ (KSK), the German military´s special forces unit, and „Charlie Hebdo“, the name of a French Satire magazine which had re-printed the Danish Mohammed Cartoons. And there was the „Gafenwöhr/Crafenwöhr“ found on the paper, a town in southern Germany where a US military base is located.

The „Komet“ chief told the judge the list can be treated like a „possible target scenario“ but there that was no information found during the investigation that could proof the „Düsseldorf Cell“ was absolutely willing and in detail planning to kill the people on the list.