Umar Farouk Abdulmutallab failed in blowing up an American airliner over Detroit in December 2009. The Nigerian had been sent by Al-Qaida in Yemen to carry out his deadly mission. But how did he get in touch with the terrorist network? FBI documents reveal the Abdulmutallab´s journey into the Yemeni heartland of terror.

END_OF_DOCUMENT_TOKEN_TO_BE_REPLACED 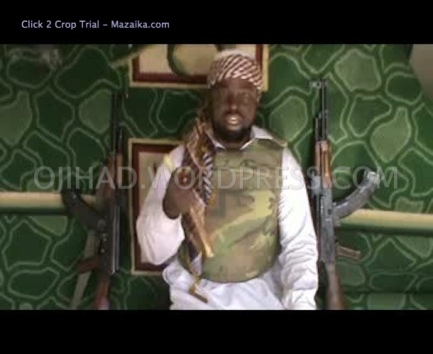 In 2009 international media for the first time reported about a ominous Islamist group operating in Nigeria – Boko Haram. The group whose name is translated from the Northern Nigerian Hausa language into „Western Eduction is forbidden“ carried out a series of attacks, killing dozens of policemen in Christian-dominated regions of Nigeria´s north.

As a result Nigerian security forces took revenge on the Islamists of Boko Haram killing hundreds of the group´s members in and around the city of Maiduguri. Boko Harams leader and founder, Mohammed Yusuf, was captured by security forces. Yusuf had created the Islamist movement in 2002 starting with a network of mosques and Islamic schools to spread Salafi Islam in Nigeria.

Nigerian security forces claimed Mohammed Yusuf was killed during his arrest. Video footage which emerged several days after the raid on Boko Haram showed Mohammed Yusuf alive in custody being interrogated. He was shot dead by Nigerian soldiers and policemen, his body was also seen in videos released later.

While Nigeria´s government declared Boko Haram to be finished the movement re-grouped and emerged even more dangerous than previously. Hundreds of Boko Haram members were freed from prison by a large group of Islamists in 2011. Since then dozens of attacks – including suicide bombings – have been carried out by Boko Haram against Christians, Nigerian police and military targets.

U.S. intelligence officials are warning of a emerging threat posed to Western interests by Boko Haram. The group has been labeled a terrorist group which might seek to establish close ties with Al-Qaida and its African branches in the Maghreb and in Somalia.

In fact there are unconfirmed reports of Boko Haram members being trained as terrorists in Somalia by the Islamist organization Al-Shabaab. Other reports claim foreign terrorists are establishing training camps in Nigeria, importing bomb-building know-how and ideology to the Nigerian Muslim communities.

A few days ago a video message by a Boko Haram leader to the Nigerian President Goodluck Jonathan was posted on Youtube. The man seen in the video was thought to be dead, killed in the 2009-crackdown on Boko Haram – the group´s spiritual leader Imam Abu Bakr Shekau.

„All these things you have been seeing happening, it is Allah who has been doing it because you refuse to believe in him and you misuse his religion, Jonathan“, the Islamist leader says vowing the Boko Haram would never be defeated by Nigeria´s security forces.

„Christians, everyone knows what they have done to us and the Muslims (…)“, Shekau further stated, „We decided to attack them and defend us, because we are on the right path (…) Everyone knows how our leader (Muhammad Yusuf) was killed and everyone knows how Muslims were killed.“

Abu Bakr Shekau promises more attacks on Christians in Nigeria, highlighting why the situation in Nigeria has come to this point in his opinion: „The disaster is caused by disbelief, discomfort is disbelief, injustice is disbelief, democracy and the Constitution is disbelief.“ 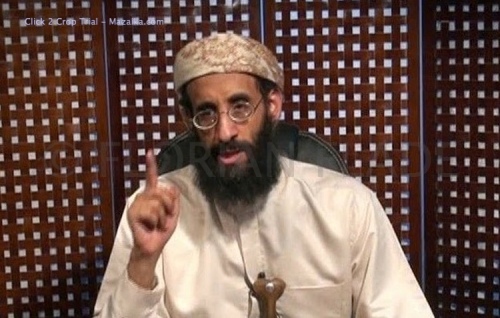 “The responsibility lying on the shoulder of the Ummah is heavy. The Ummah is in severe need to be guided in these dark times in which the Muslims are exposed to fateful dangers”

Sitting on what likes look a newsdesk, a wooden curtain in the background, US-born Yemeni preacher Anwar al-Awlaki is featured in a new video soon to be released on Jihadi internet forums. The weekend´s release of a small clip, an excerpt of a larger tape, is a clear sign to expect the full video in the coming days.

A few weeks back, still images of the new Awlaki tape were posted in a Jihadi forum, hinting the wanted Yemeni Ideologue will appear in a new major video release, probably produced by al-Qaeda in the Arabian Peninsula.

Awlaki, born in 1971 in Las Cruces, New Mexico, is a US-citizen and has lived in the United States for years until he fled to Yemen via Great Britain. In the US, Anwar al-Awlaki, gave lectures at several mosques around the country, among them an Islamic Center in Virginia and a San Diego Mosque. At least two of the 9/11 hijackers attended Awlaki´s sermons.

Since he was chosen to live in Yemeni exile, the fluent English-speaker has risen to a prominent figure within the Jihadi circles, making him a leading ideologue influencing especially Western Muslims, often Non-Arab speakers.

The United States are on the hunt for Awlaki, as the CIA and FBI believe he was highly involved in the Ford Hood Shooting of Major Nidal Hassan in 2009. Awlaki exchanged e-mails with Hassan, convincing him attacking US soldiers is his duty as a Muslim, eventhough he is living in the USA and is a member of the military.

Soon after the Nigerian Umar Farouq Abdulmutallab, trained and prepared by al-Qaeda in Yemen, tried to blow up an US airliner over Detroit in December 2009, again indications emerged, the failed suicide bomber has met Anwar al-Awlaki during his time in Yemen. The preacher had influenced the young Nigerian, giving him spiritual advice and religious justification for his action.

Labeled as „Bin Laden of the Internet“, Awlaki has become a prime target in Obama´s war against al-Qaeda. The US president issued the order to capture or kill Awlaki – a controversial decision as the Islamist Imam is still a natural-born American.

Years ago Awlaki was an al-Qaeda supporter, a blogger and internet-preacher spreading spiritual poison, sometimes via Live video conference into European, Australian or North American mosques, speaking in English to Muslim audiences in the West.

Today, there is no doubt in my mind, Anwar al-Awlaki is a full-time al-Qaeda member, using his charisma and influence to support the organization and spread its ideology. Al-Qaeda in Yemen´s media wing, Al-Malahim Media, interviewed Awlaki earlier this year, marking the first time the American and American-hater was granted full-length propaganda video bearing the logo of al-Qaeda.

It is no coincident an administrator of a large Jihadi forum posted the trailer-like video example of the new Awlaki video at the same time, news was spreading the Pentagon had invited Anwar al-Awlaki for launch just weeks after 9/11.

The meeting apparently was part of an effort to reach out to the Muslim community, the US authorities say. Awlaki had been visited and questioned by the FBI about the alleged connection to the hijackers of the 9/11 attacks.

Asked if Awlaki has actually attended the launch at the Pentagon, spokesman Col. David Lapan told ABC News, „We believe that to be true.“
„We believe it was hosted by a small group within (but not including) the Department of Defense General Counsel’s staff,“ a Pentagon spokesman told ABC.

The FBI, US media reports, was quite „impressed“ by the English-speaking preacher and decided to reach out to him. From today´s viewpoint the situation is an embarrassing mistake made by US officials. Sleeping with the devil would be an accurate description of the event.

Nine years after launch at the Pentagon, the friendly, „impressive“ Imam is America´s top enemy, one of the most-wanted man alive and the rising star in the al-Qaeda world. Lectures by Awlaki are uploaded on Youtube every day, audio tapes are spreading in the internet forums, Awlaki´s „44 Ways of Supporting Jihad“ is a Jihadi bestseller since the US focus is on the Yemeni preacher.

The new video will very likely be released in the coming days and it is – from what you can tell from the short clip – all in Arabic. In it Awlaki mainly talks about the corrupt Arab leaders and their responsibility for the situation of the Muslim Ummah.