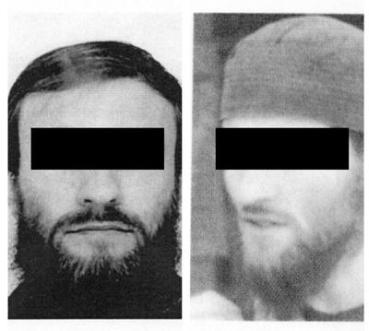 An internal document is circulating within the U.S. military community in Germany, warning of a possible terror attack carried out by a 23 year old German national of Turkish origin.

Hayrettin S., born 1987 in Berlin, is believed to have joined terror groups in Pakistan´s tribal areas. His exact location is unknown, yet the U.S. military is stepping up security measures at it´s installations in Ramstein, Vogelweh and Kapaun due to a high risk S. may carry out a terrorist attack against U.S. soldiers.

The heightened security has been ordered on October 1th, 6 p.m., advicing U.S. military personnel not to leave the base in uniform and large groups.

A BOLO („Be On the Look-Out“) -document was been released describing Hayrettin S. as „considered armed and extremely dangerous“. Access to all U.S. military installations is denied to the German Islamist.

I contacted the U.S. Military command in Germany today, asking them about Hayrettin S. and the terror threat level.

„Because the underlying reasons for the BOLO, and what would lead law enforcement agencies to believe he is armed and dangerous would be part of an investigation, I am unable to offer any further details“, a military press spokesman told me.
Read more in my piece for WELT Online today here