Cooperation Between IMU and Tehrik e-Taliban? 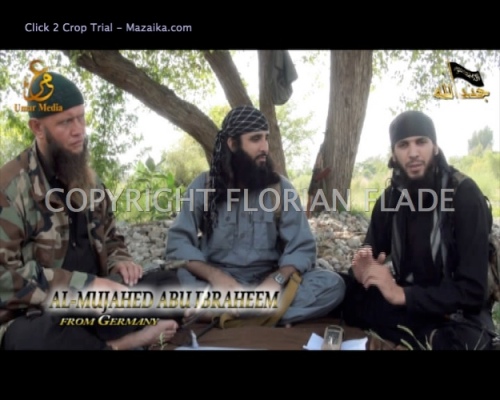 Anew video release has been announced today by the Jundullah Studio, the media outlet of the „Islamic Movement of Uzbekistan“ (IMU) in cooperation with „Umar Media“ the propaganda wing of the Tehrik e-Taliban.

The new video is the first known cooperation by the two terrorist grouos. It is announced to be about Jihadi prisoners that have been freed by the IMU and Tehrik e-Taliban in recent months.

According to the preview the video will feature several prominent IMU fighters including German national Yassin Chouka aka „Abu Ibrahim al-Almani“, the Saudi terrorist Adnan Rasheed and the Russian Jihadist Abdul Hakim al-Russi.

Adnan Rasheed who was caught after a failed December 2003 assassination attempt on former Pakistani President Pervez Musharraf, was freed during a militant´s assault on a prison in the city of Bannu. The IMU featured him in a video release about the attack.