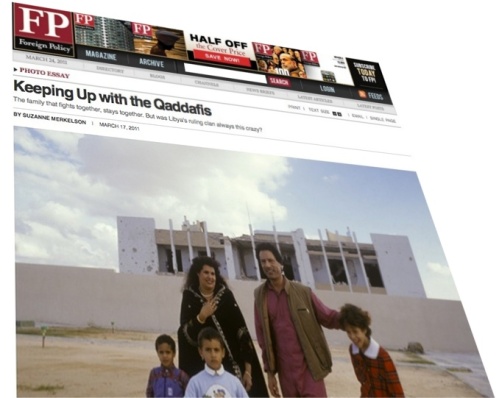 Is a person insane by birth or turned into a monster later in life? Foreign Policy Magazine takes a look at Libya´s leader Colonel Muammar al-Gaddafi and his family and presents a picture gallery showing old images of the dictator and his family clan – a family that fights and stays together like no other ruling family of North Africa.

Waziristan Jihadis Reaching Out To The Caucasus 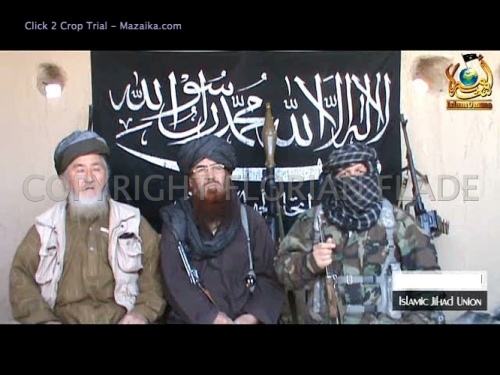 „The Jihad in the Caucasus is going on for more than 11 years, and this Taghout army, which claims that in the past century it has defeated (Nazi-)Germany – under which was almost the whole Europe in less than 4 years, now it cannot cope with a small army of Mujahidin whom are fighting for the sake of Allah“ –

In a very unusual video release this week, the „Islamic Jihad Union“ (IJU), a Uzbek-founded terrorist group operating in the Pakistani tribal areas, has made a revival on the frontline of the Online Jihad. The IJU´s media wing „Badr al-Tawhid“ produced a video message by three IJU fighters, sending out their greetings of support to the Jihadi militants in the Caucasus region.

Abu Abdallah then praises the unification of the Caucasian Mujahidin under „the banner Tawhid“, raised by Dokku Umarov, Russia´s most-wanted terrorist and Amir of the group „Islamic Emirate of the Caucasus“.

A IJU fighter named „Salahuddin“ also highlights the importance of unification of the different nationalities of Muslims in Russia. „There are Mujahidin of different nationalities and we are all fighting against the enemies“, Salahuddin says in Uzbek, „And you know that the infidels have come here from all over the world, they have gathered against the Mujahidin and they cannot defeat them. The main reason is the unity and brotherhood. And we urge you to unite. And if we are united, Allah will help us surely!“

„The infidels of the earth cannot defeat the Mujahidin, so they came to a decision to divide and conquer“, warns a third IJU militant „Ubadyah“, who speaks Arabic and recited Quran verses to underline the message of uniting and following the orders of Allah.

Lately there has been an increase in Russian language publications from Waziristan-bases terrorist groups. Just two weeks ago the „Islamic Movement of Uzbekistan“ (IMU) released a Russian propaganda video titled „Topic: Mujahid“. In the video groups of Russian IMU members appeared, calling Russian Muslims of all nationalities to join the Jihad. In Soviet-style music and imagery, IMU fighters were featured marching through the plains of Waziristan.

Could it be the recent IJU video reaching out to Muslims of the Caucasus was meant as a reaction to the IMU Russian recruitment tape? IJU and IMU are seen as two hostile groups not cooperating. In the past they even fought against each other, attacking the other group´s training camps. Is there a competition going on between IJU and IMU on who will be the Caucasian Mujahidin´s favorite ally in Pakistan?

And just in general: why is there Russian-language propaganda coming from Pakistani Waziristan? Those already fighting in the Caucasus know about the situation in the tribal areas and the opportunities for foreign Jihadis to choose from numerous groups to join.