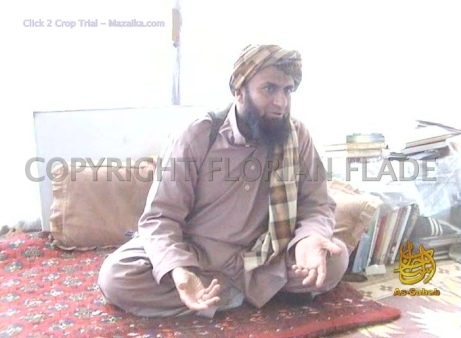 He loved to give lectures. Sheikh Khalid Abdur Rahman al-Hussainan, a Kuwaiti national, became one of the most prominent Al-Qaida figures in recent years. Numerous of his lectures were released by the terrorist organization´s media wing As-Sahab including several „Ramadan lessons“.

Al-Hussainan is dead now. He was killed Friday morning by a US drone strike in the Pakistani tribal region North Waziristan while – according to Jihadi sources – eating his „dawn meal“ (breakfast).

According to US intelligence sources Al-Hussainan aka „Abu Zaid al-Kuwaiti“ was the successor of Abu Yahya al-Libi, a Libyan Al-Qaida commander killed several months ago in a similar drone strike.

The Kuwaiti Al-Qaida cleric had allegedly worked as an official in the Ministry of Religious Affairs of Kuwait before joining the Jihadist in Afghanistan.

Three weeks have passed since a US drone strike in North Waziristan allegedly killed Al-Qaida´s Top commander Abu Yahya al-Libi. Since then Al-Qaida has neither officially confirmed nor denied the death of al-Libi. Question still remains: Is the White House´s claim true or not?

Instead of celebrating the martyrdom of yet another of its leaders Al-Qaida is releasing videos of al-Libi. Last week the terrorist network´s media wing „As-Sahab“ released a 17-minute video statement titled „The American Military and Ethics of Wars“ in which al-Libi talks about civilian deaths in Afghanistan.

The more interesting details regarding the second new Abu Yahya al-Libi tape within two weeks is: Al-Qaida does not seem to regard him as dead. The organization labels him „Al-Sheikh Al-Mujahid Abu Yahya al-Libi (may Allah protect him)“ – the latter phrase indicating the person is still alive. Otherwise the phrase „may Allah have mercy upon him“ would be used.

Like the other video message released recently – titled „Tragedies of Ash-Sham: Between the Crimes of the Nusayris and the Plots of the West“ – the newest al-Libi tape was allegedly recorded in the Islamic year of 1433. So no indicating the videos were produced after the June 4th drone strike? No.

Al-Qaida could be playing the old game of not confirming or denying a leader´s death and meanwhile releasing all the old footage of the person recorded in recent months. In other cases – for example the death of Atiyyatullah al-Libi – it took months for Al-Qaida to publish a statement.

The Western intelligence community is pretty sure Abu Yahya al-Libi is history…but still lacks the proof.